[this story was wriiten by me in year-2003, with no particular reason at all. it was the first time i tried writing a story. surprisingly, it came out well and was published in a monthly magazine for kids called "GOKULAM"(nov.,2003)].


"I had another dream last night, a bad one," said eleven year old Sathya, who was in a foul mood that morning.
"Don't be silly sathya," rebuked his pragmatic father, Ram.
"Occurence of dreams signifies a good, healthy body. Atleast experts say so!"he said smiling at the sulky Sathya." anyway, what was it today?" he asked. " a cowboy or a cannibal?"
"Zulus!" replied Sathya, cryptically." They were posed to strike me with a spear." He gestured dramatically. " The chif was a huge woman with a cruel look! she was wearing a large piece of uncut diamond over her forehead!"
" YOu know that reading of racy, violent novels always makes you dream like that," his father remarked. " Now get ready and go to school. It's getting late," he said, sending sathya away to his room.

These kind of odd dreams were regular for Sathya. Everyday, he dreamt of cowboys, dacoits or cannibals trying to torture him.
Now, Sathya had a close friend, Sameer, his classmate, who believed totally in Sathya's dreams. During their free time in school, Sathya would narrate his dreams to sameer. Then, both of them would animatedly discuss the dreams!

That day was especially boring, so, Sathya and Sameer were excitedly talking about the Zulu tribes, during their history class.
" what if they burst into this room and point their spears at you," asked Sameer, looking at Sathya fearfully.
" Dont worry, Sameer! I will fight them," said Sathya, bravely!
" I have read all about the zulu tribes. They respect brave men. And we are brave, arent we, Sameer," said Sathya.
" If I die fighting them," continued Sathya, " you will take them up, wont you? You are my second mate, you know!"
" Yes, I will, Sathya!" replied Sameer, putting up a brave face.

"And before you both die, will you be kind enough to submit your history assignment?"

The speaker was Mrs. Bannerjee, their history teacher. Tall, dark and stout, she wore thick glasses, which shone like diamonds and now, she was posturing to strike at Sathya with her cane!

Posted by Matangi Mawley at 8:21 PM

Oye.. I vaguely remember reading this short story. Used to read Gokulam like 'once upon a time'...

So u were the Matangi M I would go on to meet at SASTRA!!!

Hey that was a cool story... I have been reading Gokulam from my 4th class I guess.. At my 12th, the Gokulam reading came to an end.. But I do get hold of Gokulam and read it whenever I get a chance :)

it was a short sweet story..

Great language... No wonder it was posted in gokulam... 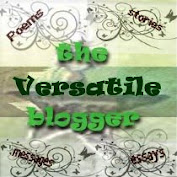 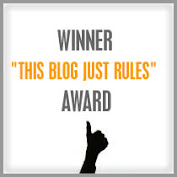